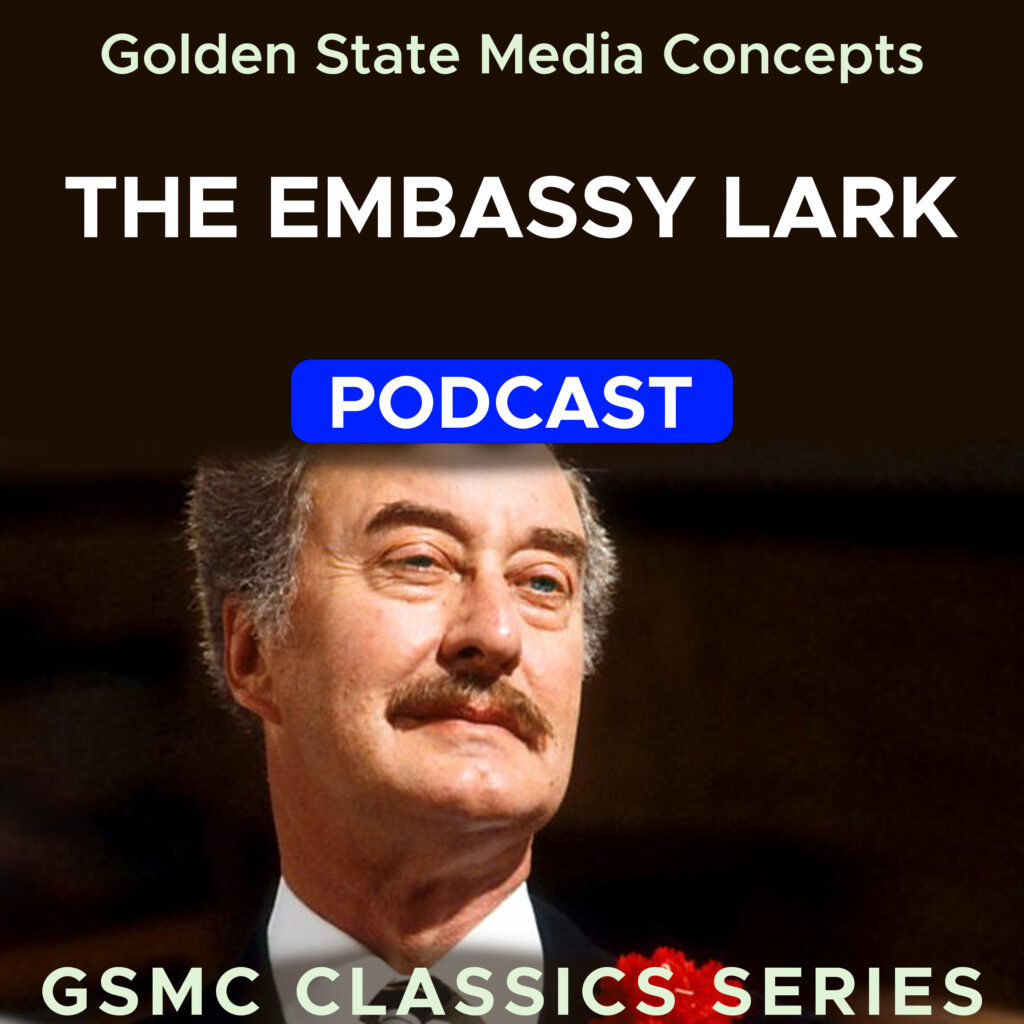 The Embassy Lark is a radio comedy series aired from 1966 to 1968 as a spin-off from The Navy Lark. It was written by Lawrie Wyman and starred Frank Thornton and Derek Francis. It was produced by Sir Alistair Scott-Johnston. The show was set in the British Embassy in the fictional country of Tratvia and was concerned with the various (mis)adventures of the British Ambassador Sir Jeremy Crichton-Buller (Francis) and his First Secretary Henry Pettigrew (Thornton) as they tried to keep smooth relations between Tratvia, Whitehall and the other Embassies.