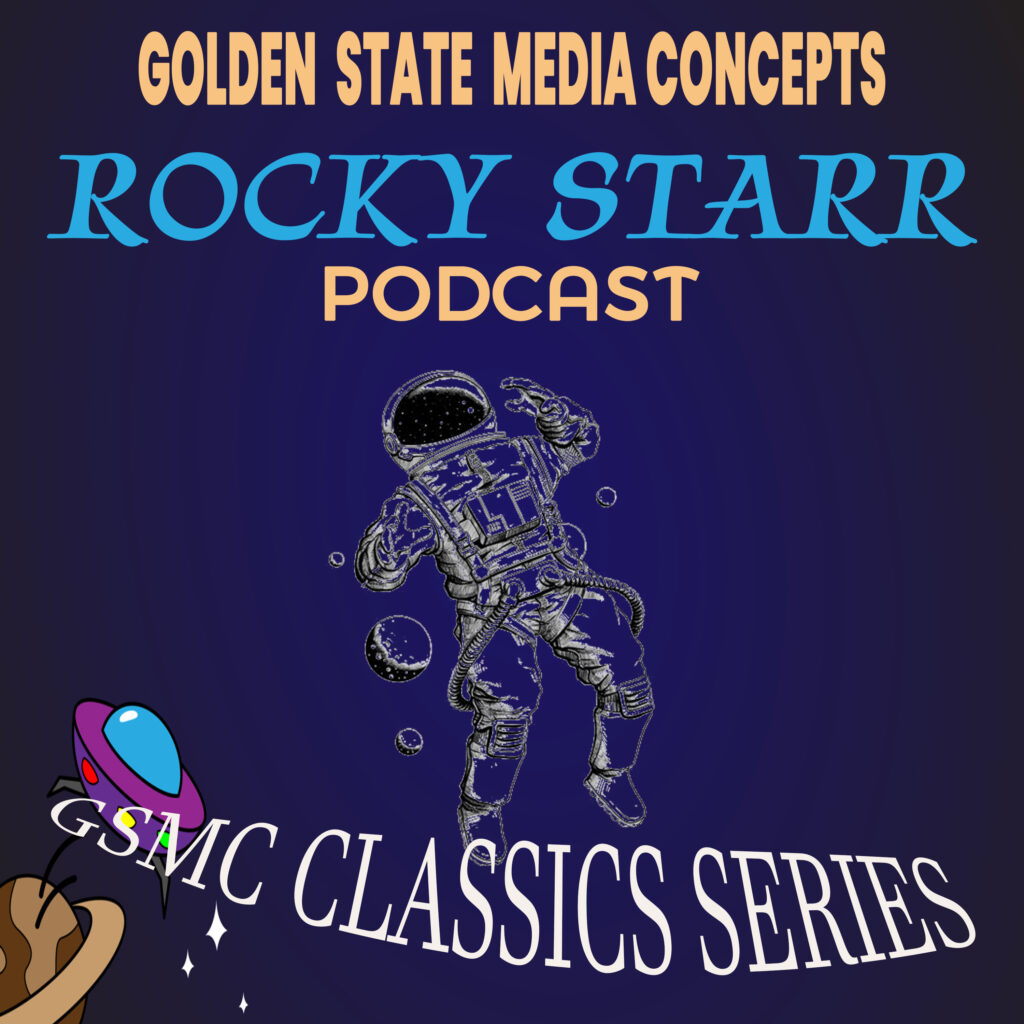 Rocky Starr is a collection of Aussie radio shows. The first story in the series was titled “Destination Venus” and the starring role of Rocky was played by Howard Craven, and Joe McCormick played Mitch, his friend and pal. The series was produced in Sydney and debuted from May 1952. It’s a children’s show about the interplanetary adventures of daredevil Rocky Starr and his intrepid team. It was considered topical and highly dramatic, the stories were of courage and daring so dear to the juvenile heart. There were eleven different stories in the series.