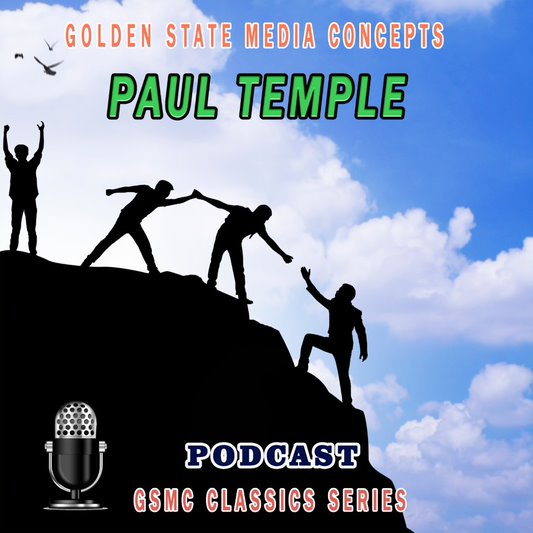 Paul Temple is a fictional character created by English writer Francis Durbridge. Temple is a professional author of crime fiction and an amateur private detective. With his wife Louise, affectionately known as ‘Steve’ in reference to her journalistic pen name ‘Steve Trent’. He solves whodunnit crimes through subtle, humorously articulated deduction. Always the gentleman, the strongest expletive he employs is “by Timothy!”. Created for the BBC radio serial Send for Paul Temple in 1938, the Temples featured in more than 30 BBC radio dramas, twelve serials for German radio, four British feature films, a dozen novels and a BBC television series. A Paul Temple daily newspaper strip ran in the London Evening News for two decades.