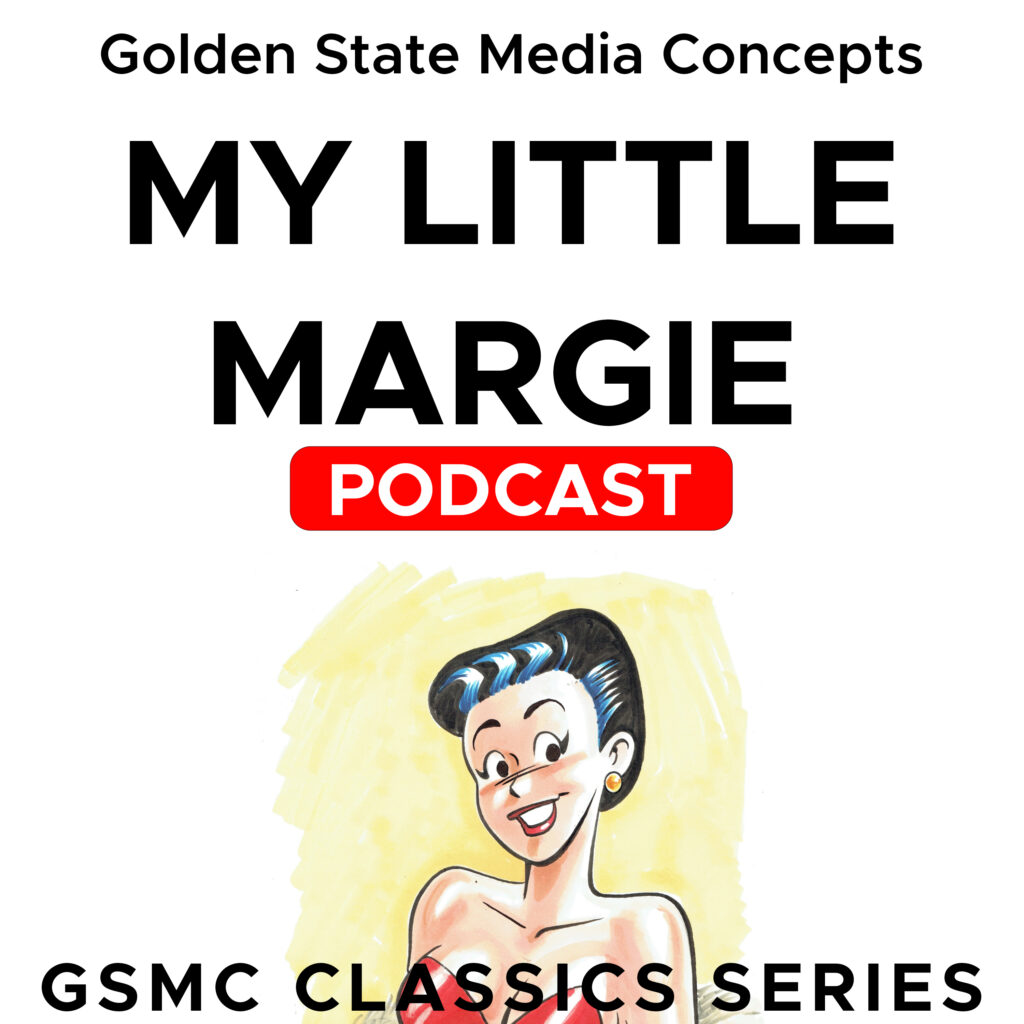 My Little Margie is an American situation comedy that alternated between CBS and NBC from 1952 to 1955. Starring Gale Storm as heavily made-up scheming “Little Margie,” this show is a laugh riot that is sure to have your belly rolling! One of the few old time radio shows to do so, it originally began as a TV show. It was such a hit that the radio took it on with parallel story lines. Living with her father, Verne (Charles Farrell), cheery little Margie squeeks out some very funny plots with her goofy boyfriend Freddie (played by Gil Stratton Jr.), neighboring friend Mrs. Odetts (Verna Felton), and hateful spiteful old whip-cracking boss man Mr Honeywell (Will Wright). This is one rollicker you are sure to enjoy!