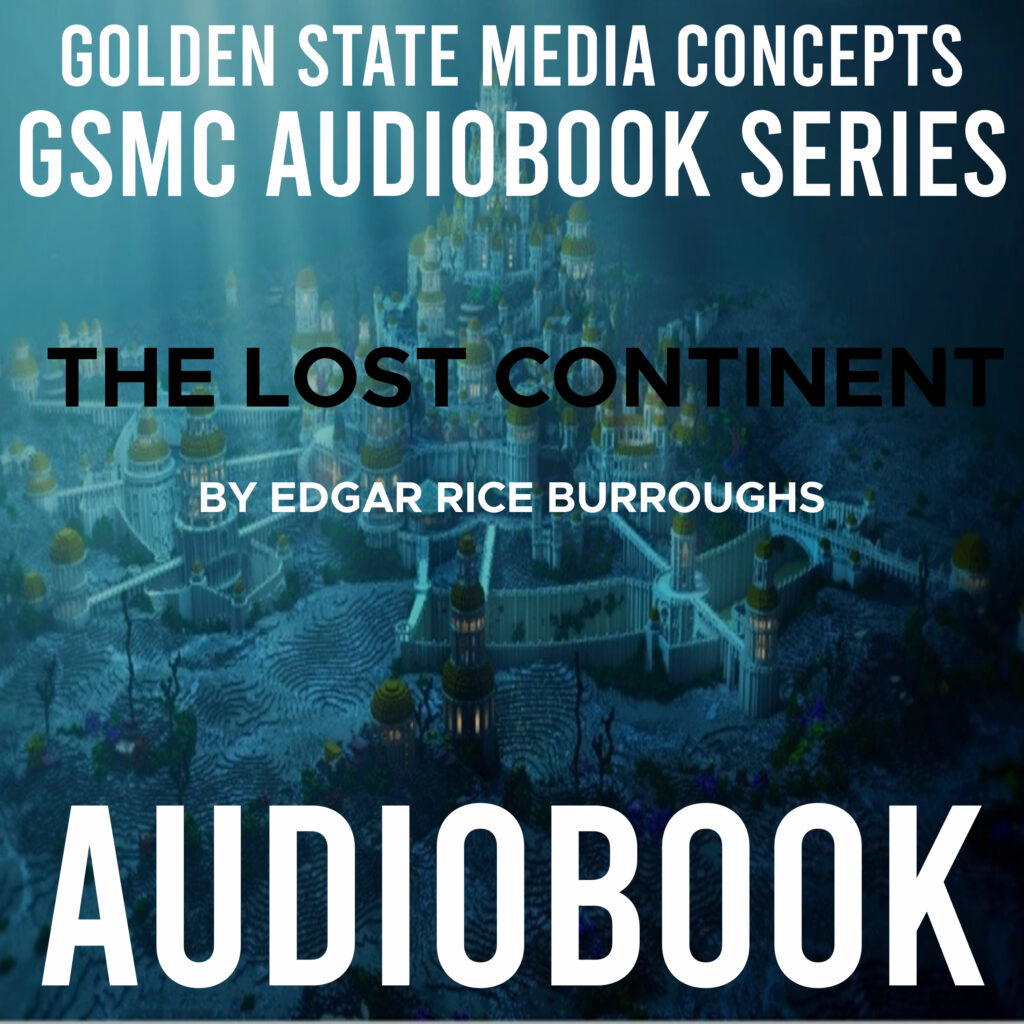 GSMC Audiobook Series: The Lost Continent was originally published in 1915 as Beyond Thirty. In 2137, Pan-American Navy Lieutenant Jefferson Turck is commander of the aero-submarine Coldwater, tasked with patrolling the 30th meridian from Iceland to the Azores. Disaster strikes when the vessel’s anti-gravitation screens fail, dooming it to wallow upon the surface of the ocean, and the engines fail, leaving it adrift. Turck and his companions are forced to make shore in forbidden England. They find it a wilderness inhabited by savages and overrun by lions descended from zoo animals. The British royal family has been reduced to the precarious leadership of a small tribe based near the ruins of London.