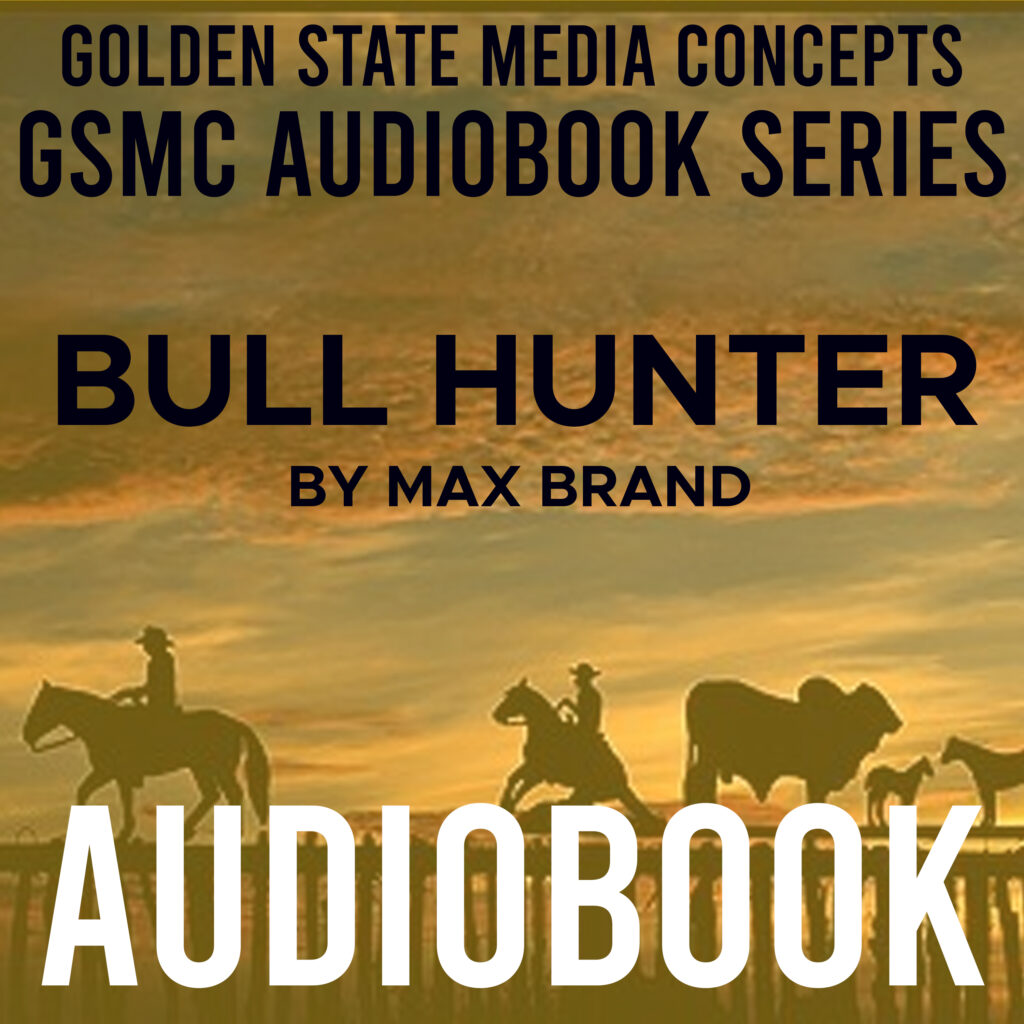 THE GSMC Audiobook Series: Bull Hunter by Max Brand:- Hunter was a man who could rip a tree trunk from the ground with his bare hands or tame the wildest stallion with his kind manner. Nobody west of the Pecos would have dared run afoul of the mighty frontiersman. But Pete Reeve didn’t have the reputation of a dead shot because he relied on his common sense. Then Bull and Pete crossed paths, and townsfolk from Cheyenne to San Antonio braced for the battle.