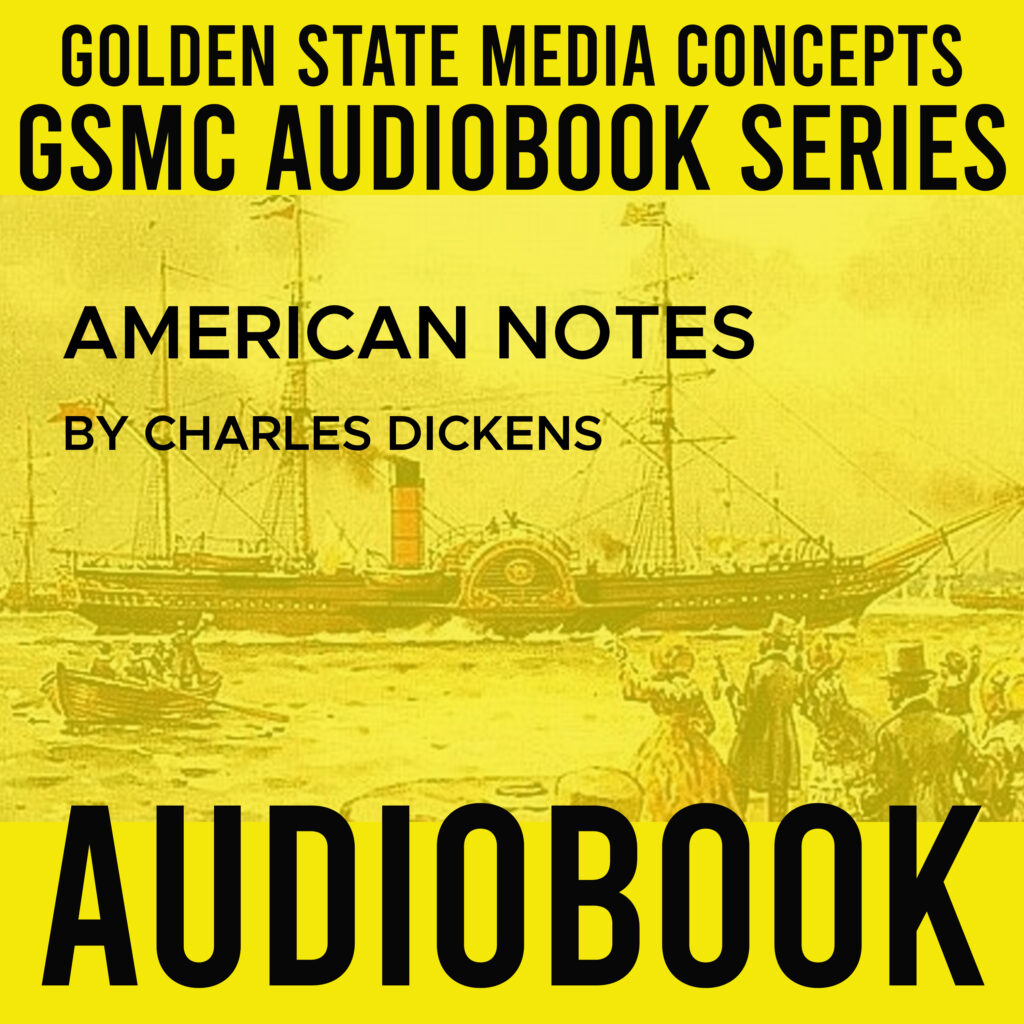 GSMC Audiobook Series: American Notes by Charles Dickens:- American Notes is a travelog by Charles Dickens enumerating his excursion to North America from January to June 1842. Dickens wrote about many aspects of the journey, including his sea voyage, his astonishment at seeing Niagara Falls, visits to hospitals, prisons, and courts of law, as well as his opinions and impressions of the country and its people.