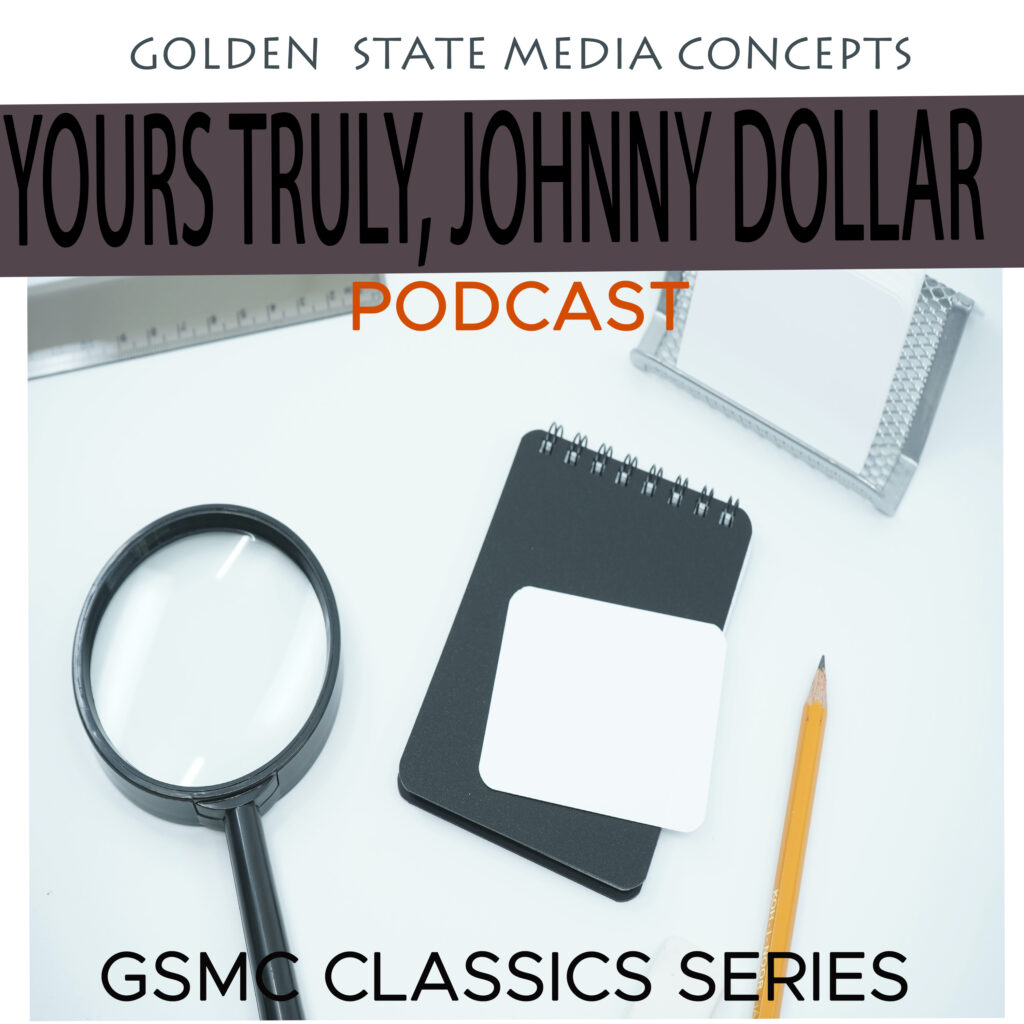 Yours Truly, Johnny Dollar is a radio drama that aired on CBS Radio from February 18, 1949 to September 30, 1962. The first several seasons imagined protagonist Johnny Dollar as a private investigator drama, with Charles Russell, Edmond O’Brien and John Lund portraying Dollar in succession over the years. In 1955 after a yearlong hiatus, the series came back in its best-known incarnation with Bob Bailey starring in “the transcribed adventures of the man with the action-packed expense account – America’s fabulous freelance insurance investigator.” There were 809 episodes (plus two not-for-broadcast auditions) in the 12-year run, and more than 710 still exist today. Jim Cox’s book American Radio Networks: A History cites “886 total performances” which includes repeat performances.