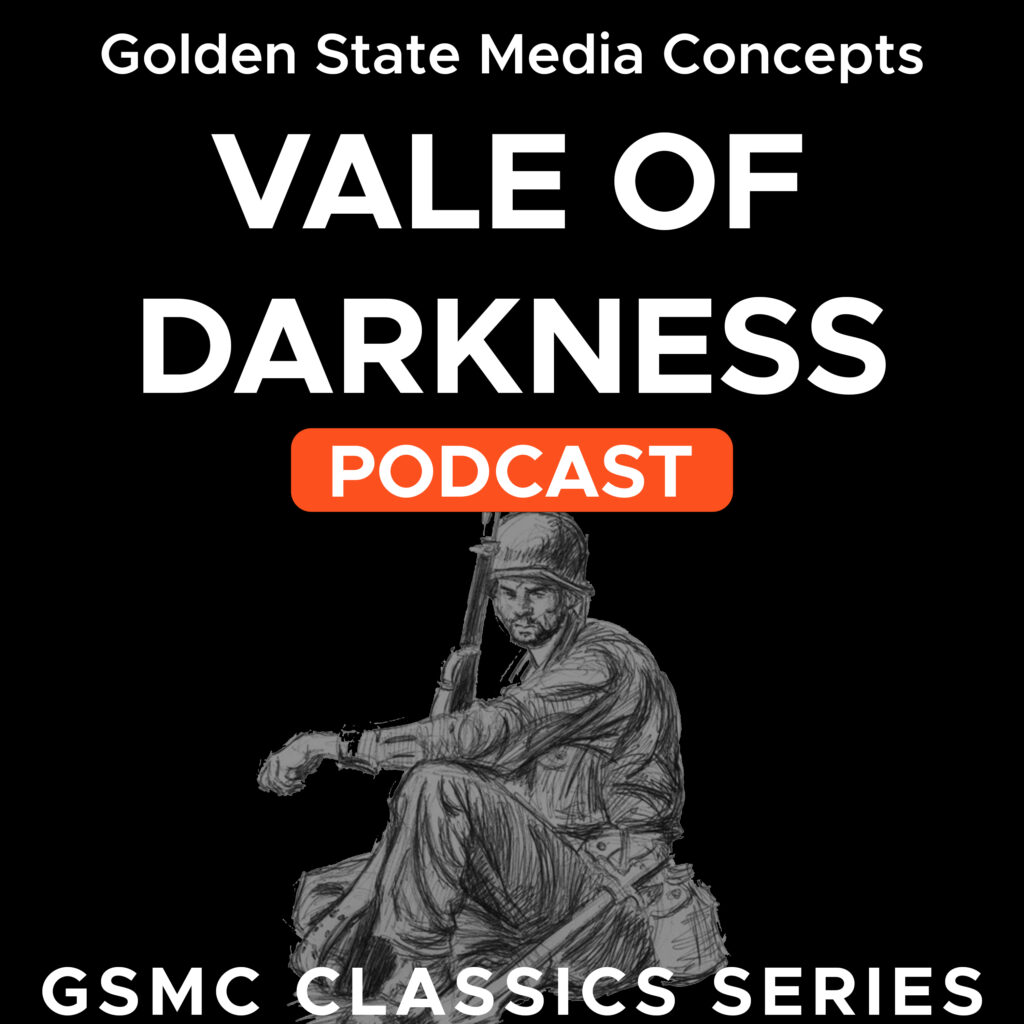 Vale of Darkness was a old time drama South African radio show. Written by Ron Evans, the story centers around a group of escaped soldiers and civilians from internment camps who are fleeing from the Waffen SS. The Nazis sent three divisions of SS to Yugoslavia to take care of the Yugoslavian underground. Mistakenly directed by British Intelligence to head for a pass in the Montenegro Mountains where the going is very difficult, another group of British soldiers is sent to rendezvous with the ragtag group and lead them to safety.