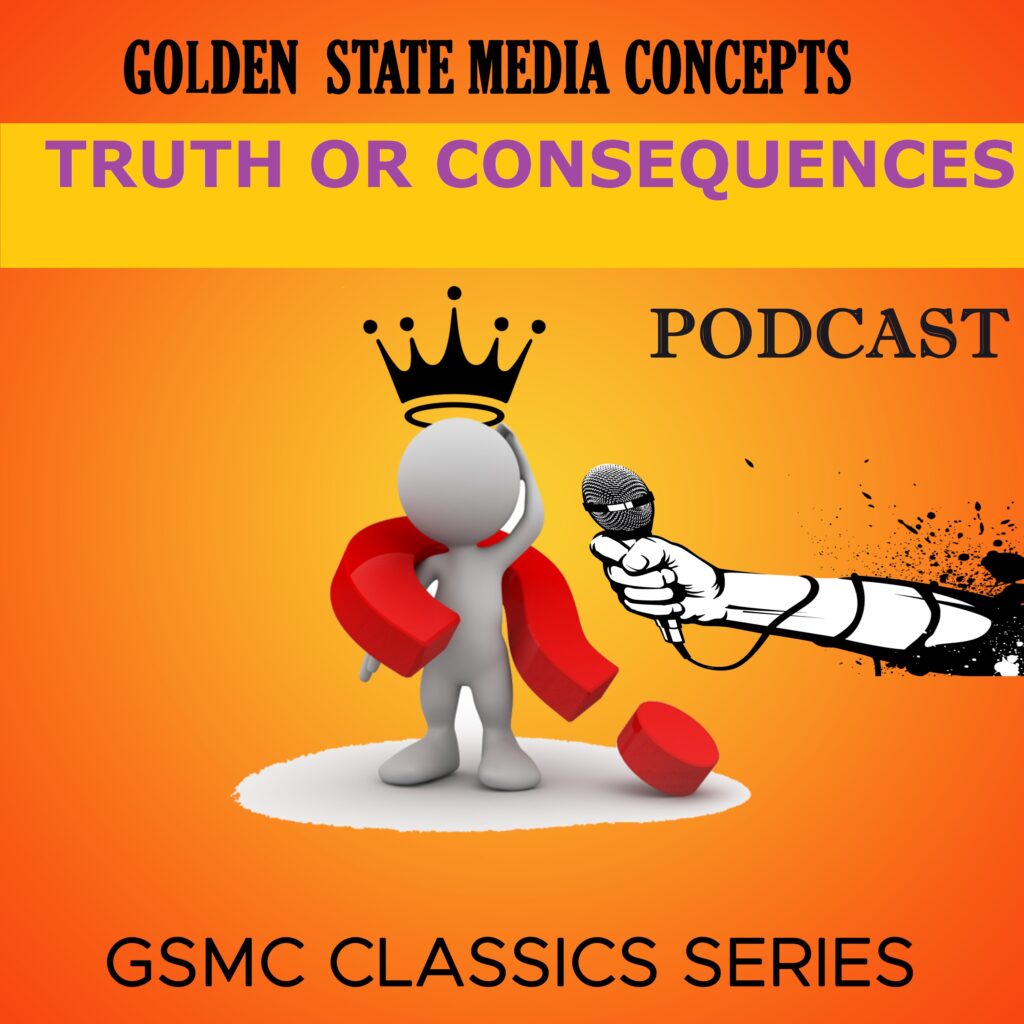 Truth or Consequences was an American game show broadcast on NBC radio from 1940 to 1957 and hosted by Ralph Edwards. The premise of the show was to mix the original quiz element of game shows with wacky stunts. On the show, contestants received roughly two seconds to answer a trivia question correctly before “Beulah the Buzzer” sounded. On the occasions that a contestant did answer correctly, the host would reveal that the question had multiple parts. Failing to complete this truth portion meant that the contestant had to face consequences, typically by performing a zany and embarrassing stunt.