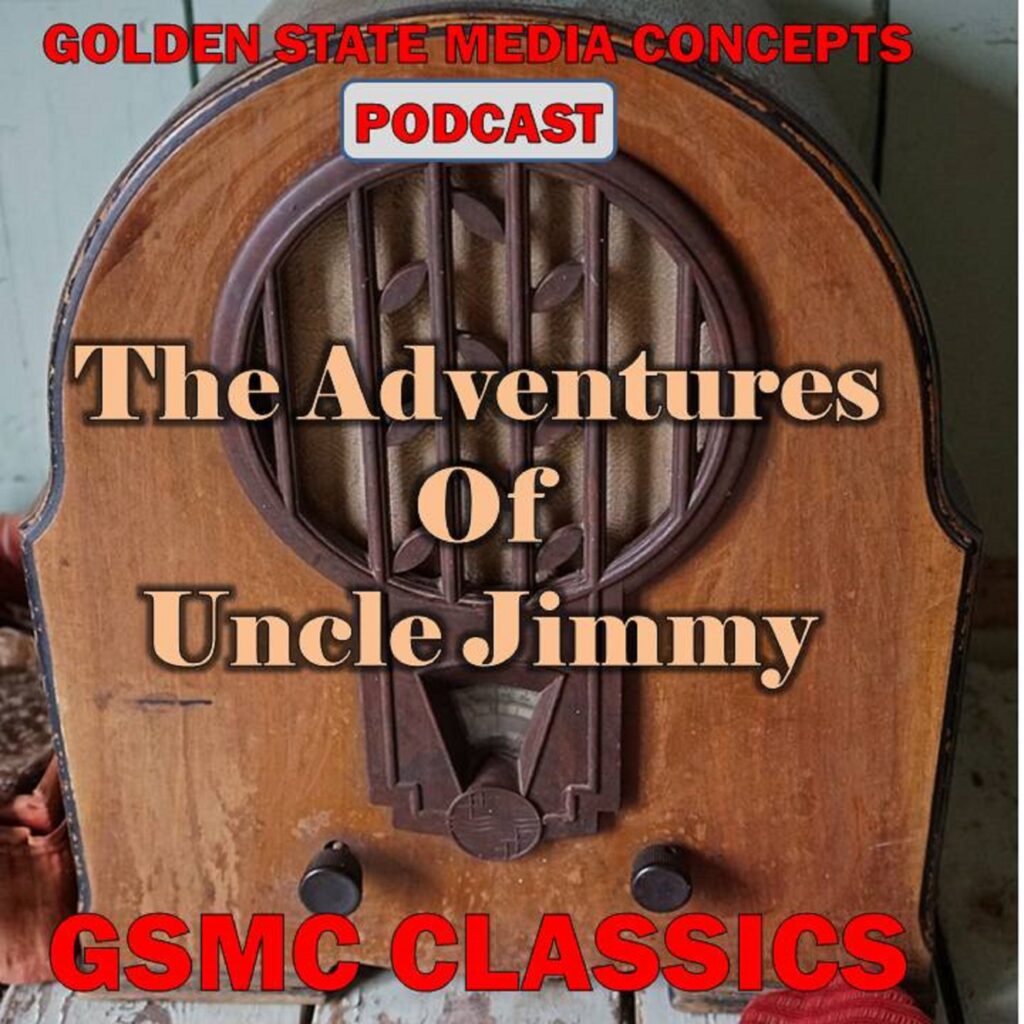 The Adventures of Uncle Jimmy, starring William Farnum (of The Clutching Hand fame) as the avuncular adventurer, was a serial radio drama that aired in the 1940s. Uncle Jimmy’s level head and hard won wisdom places him in the center of his family’s orbit, where he guides them through the rough patches and wild rides of impetuous youth. Dramatic serials, as they were also known, were a leading form of popular entertainment in their heyday, beginning in the 1920s and holding steady until television began to steal away audiences in the 1950s. Radio drama is dependent on rich dialogue, evocative soundtracks and powerful voice acting to draw listeners into the stories. As “Uncle Jimmy,” William Farnum did just that. Not only a radio actor, Farnum was a gifted stage and screen actor as well, with over 140 films to his credit. Farnum was, at one point, the most highly paid star in Hollywood. His resonant, comforting voice brings Uncle Jimmy to vivid life in this rich radio drama.