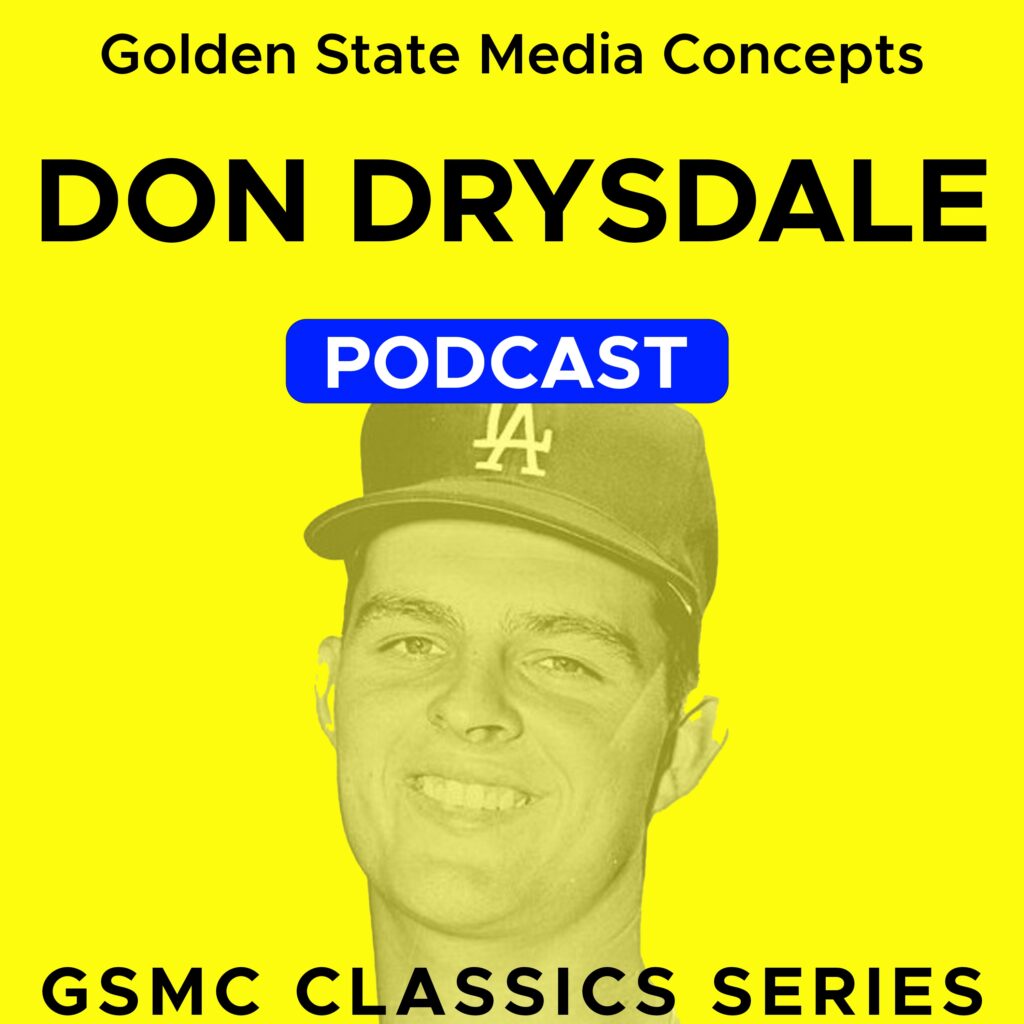 Donald Scott “Don” Drysdale (23 July 23 1936 – 3 July 1993) was a Major League Baseball player and Hall of Fame right-handed pitcher with the Los Angeles Dodgers. He was one of the dominant starting pitchers of the 1960s, and became a radio and television broadcaster following his playing career. Drysdale won the 1962 Cy Young Award and in 1968 pitched a record six consecutive shutouts and 58+2⁄3 consecutive scoreless innings. One of the most dominant pitchers of the late 1950s to mid 1960s, Drysdale stood 6 ft 5 in (1.96 m) tall and was not afraid to throw pitches near batters to keep them off balance. After his playing career, he became a radio/television broadcaster.

GSMC Classics presents some of the greatest classic radio broadcasts, classic novels, dramas, comedies, mysteries and theatrical presentations from a bygone era. The GSMC Classics collection is the embodiment of the best of the golden age of radio. Let Golden State Media Concepts take you on a ride through the classic age of radio, with this compiled collection of episodes from a wide variety of old programs. ***PLEASE NOTE*** GSMC Podcast Network presents these shows as historical content and have brought them to you unedited But Remember that times have changed and some shows might not reflect the standards of today’s politically correct society. The shows do not necessarily reflect the views, standards or beliefs of Golden State Media Concepts or the GSMC Podcast Network. Our goal is to entertain, educate give you a glimpse into the past.