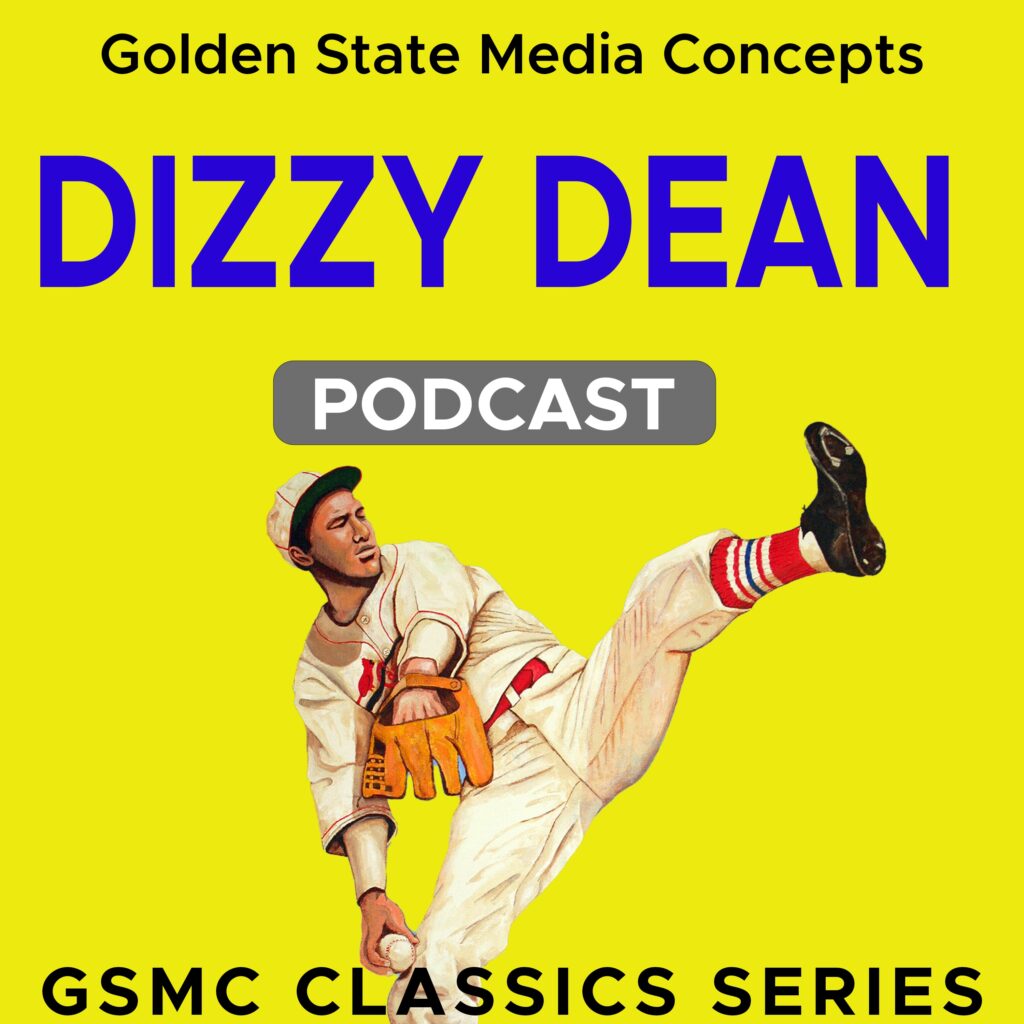 Jay Hanna “Dizzy” Dean (16 January 1910 – 17 July 1974), also known as Jerome Herman Dean, was an American professional baseball player. He played in Major League Baseball as a pitcher for the St. Louis Cardinals, Chicago Cubs and the St. Louis Browns. A brash and colorful personality, Dean was the last National League pitcher to win 30 games in one season. After his playing career, he became a popular television sports commentator. Dean was elected to the Baseball Hall of Fame in 1953.

GSMC Classics presents some of the greatest classic radio broadcasts, classic novels, dramas, comedies, mysteries and theatrical presentations from a bygone era. The GSMC Classics collection is the embodiment of the best of the golden age of radio. Let Golden State Media Concepts take you on a ride through the classic age of radio, with this compiled collection of episodes from a wide variety of old programs. ***PLEASE NOTE*** GSMC Podcast Network presents these shows as historical content and have brought them to you unedited But Remember that times have changed and some shows might not reflect the standards of today’s politically correct society. The shows do not necessarily reflect the views, standards, or beliefs of Golden State Media Concepts or the GSMC Podcast Network. Our goal is to entertain, educate and give you a glimpse into the past.