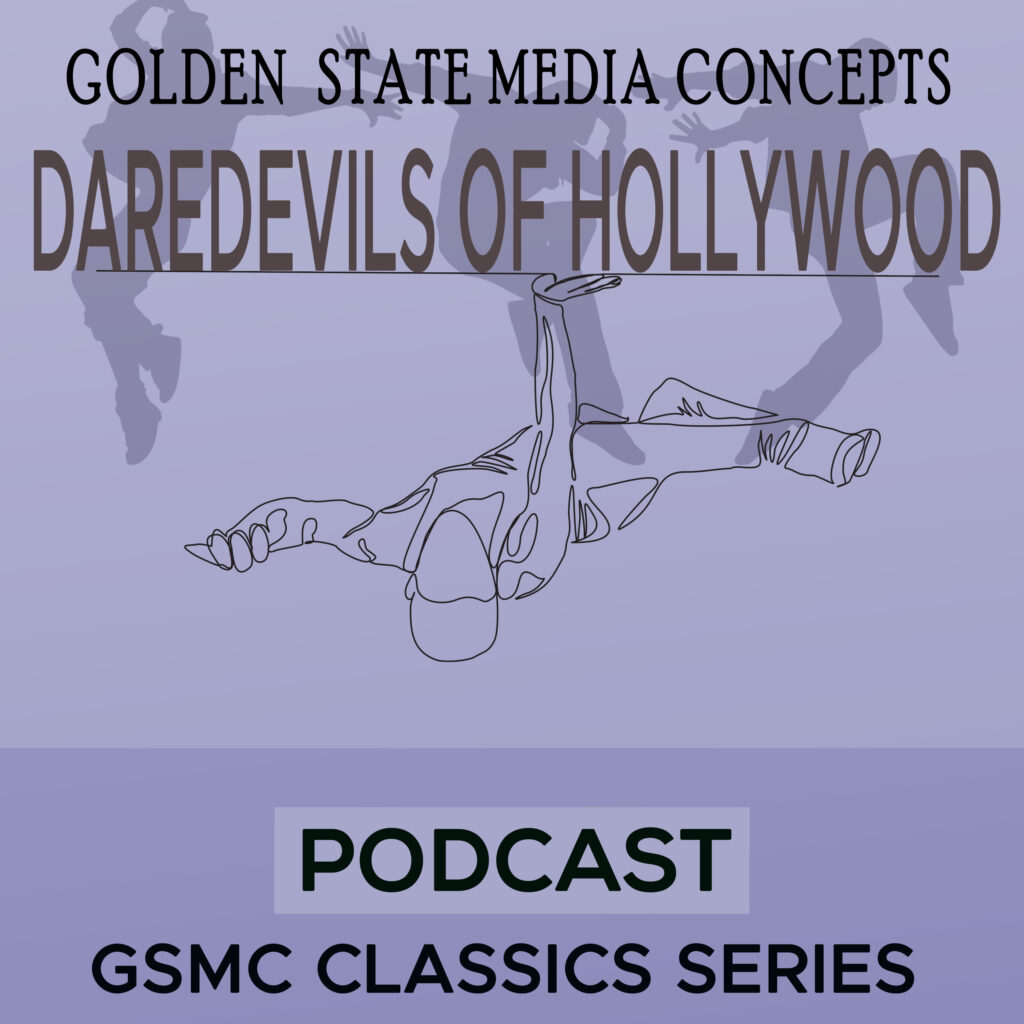 When films first began being made if a stunt was required, either the actor did it or someone random was hired; stunt doubles weren’t typically used. Eventually, as films evolved the use of stunt doubles became more regular and men and women came to do the work as a dedicated job. The Daredevils of Hollywood was all about those early Hollywood stunt men and women, describing the work of a different person each week, including Cliff Lyons, Lone Reed, Slim Talbot, and Aileen Goodwin.